Interview: Czizincii, a documentary about foreigners in Czech Republic
I 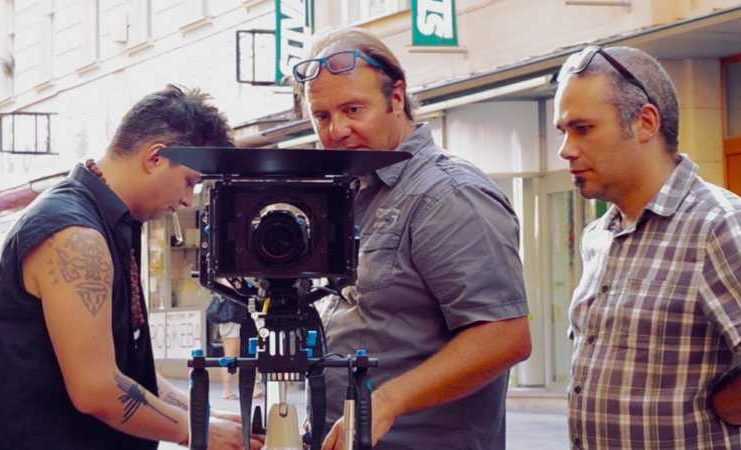 Despite Italia Praga One Way is a page in Italian, we decided to make an exception for CZizincii, a documentary film about the lives of us foreigners here in  Czech Republic. The project is the outcome of an idea two expats in Czech Republic, Emanuele Ruggiero from Italy and António Pedro Nobre Portugal, both living in Brno. António lived there for several years and Emanuele moved to the Moravian city almost three years ago. The aim of the film is to document life of foreigners in ČR. Just to learn a bit more, we met Emanuele Ruggiero.

What brought you here to Brno?

We have both affections here. We always have to talk about a woman right? I know it sounds a cliché, indeed it is. I must say however that I came for the first time in Brno in 1996. I met my future wife in Milan that summer, she was studying Italian, and from that day we never left apart. After that, for 17 years I have come regularly to Czech Republic, at least three times a year, and now I live here. António calls himself “A traveler, writer and director”. In 1997 he began to work in advertising agency McCann Erickson. Since 2001 he has been working as a freelance in tv programs, commercials, he also realized music videos and corporate films. Since 2006 he collaborates with Česká Televize. I am a freelance director, producer, cinematographer and journalist since 2001. I worked 23 years in show business starting from theater and film and film productions. I have been for two years a director for the Shoah Visual History Foundation of Steven Spielberg. I worked from 2000 to 2012 in the direction group of an Italian soap opera that ended two years ago. Taking advantage of this occasion, I decided to move to Brno with my wife and my son (now nearly thirteen), for financial reasons, cultural, personal.

How did you get the idea for the project?

In 2010, we received an offer to make a documentary about foreigners living in the Czech Republic. António, as a director and as a foreigner who has lived for many years in this country, had the opportunity to share his experience and via video diaries. The resulting film, “Czizinci” was screened across the country. 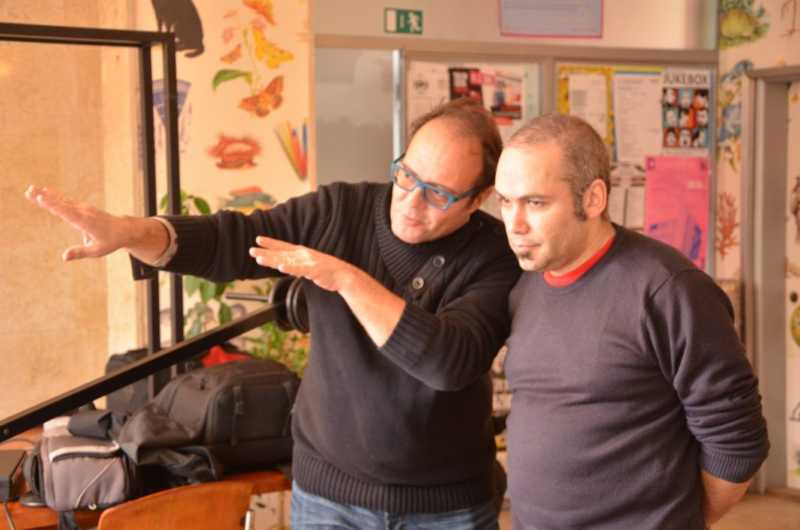 Why did you decide to shoot a sequel?

CZicincii is not a sequel. It is a new film. We tried to give the Czechs a different view of their country and society through the eyes of foreigners living here, as well as Czech immigrants who lived or still live abroad. Through a portrait of immigration in the Czech Republic since the early days after the Soviet invasion until the recent migratory crisis. This time we had a different visual approach and tried to obtain a more cinematic style. The film is in five languages, Czech, English, French, Spanish and Italian.

What can we expect from the film?

All the characters are real people, from many nations, ethnic groups, professions and social backgrounds. From a Canadian professor to a Spanish illusionist, passing by an Iranian musician and a former student from Congo who arrived in the communist period, or still a teacher from the Filippines teaching Czech to an Englishman who has spent the last few years in creating a 3d route about the famous Villa Tugenhadt. This last man now lives with his Vietnamese wife and their son was born in India. So, we have many very interesting personalities. We want to promote multiculturalism in the Czech Republic, a country that has centuries of shared experiences, traditions and cultures.

How was the film financed and how will you promote it?

The film funded only by my production company, Kinovision, with financial support from the municipality of Brno, the Brno Expat Center, Uniqua and Foreigners.cz. We have the patronage of the Italian Embassy in Prague, Italian and Portuguese Institute of Prague, of the mayor of Brno Petr Vokřál and the Alliance Francaise.

Why did you decide to add “Mygranti” on your facebook page?

At some point of the production, the documentary has taken alone a different turn, focusing on the issue of migration. In it we have the foreign and Czech players who were migrants, both in the past and now, and therefore we believe it’s a good thing to focus on this topic too.

After the start of migration crisis have you noticed a difference approach by the Czechs towards foreigners?

Generally, people in ČR are not racist. Czech Republic is a great country to live in. But it is true that certain attitudes are changing negatively. There are several anti-Islamic and anti-migrant demonstrations. But the numbers seem insignificant to me. My advice to foreigners is not to go looking for racism and discrimination in the street, if you try it’s easy to find them. As in the rest of the world.

Bohemia and Czechoslovakia have a history marked by foreign dominations, not particularly pleasant. Do you think that the Czech approach towards foreigners in general is still influenced by that?

I think this regards mostly a certain type of approach with people. Often the Czechs have a grumpy attitude, and this is a bit stressed with us foreigners. But that’s their nature, they are cold, and I think this is due precisely by the fact that they spent nearly half a century under the communist regime, which covered interpersonal relationships under a veil of fear. There are still barriers that can not be broken. 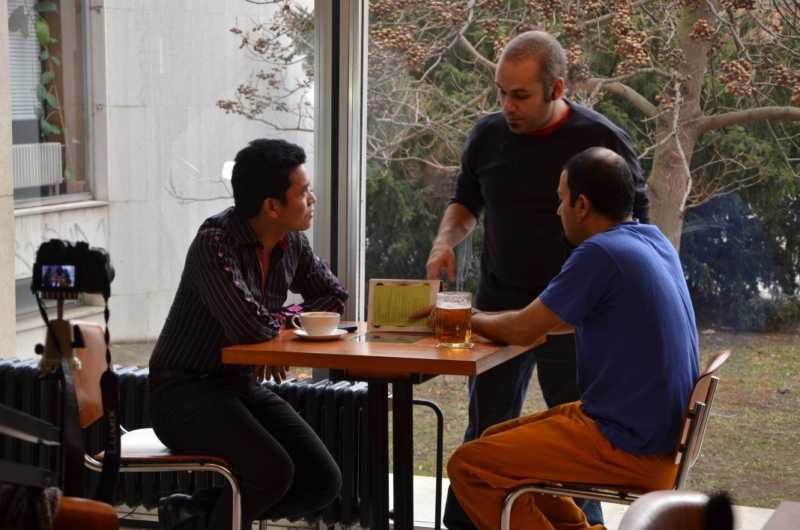 Do you speak Czech? At which level? Is it useful to know it or is English enough to survive? Is there anything you’d like to say to foreigners who do not want learn Czech?

We both speak Czech. António does very well and I speak good enough to get involved in more difficult  talks. But in Brno, as in Prague the language problem arises in reverse. It’a multicultural city due to the fact that in the last years has become a top destination for IT companies from all the world, such as Microsoft, Red Hat, Zebra Tech, AT & T, IBM (Brno is called the European Silicon Valley). This companies are increasingly expanding, so at least 2 Italian a week move here, not to speak about other foreigners.

Are there aspects of Czech life you would like to bring in Italy?

The thing that strikes me most is the level of civic education and respect for the rules. Rules here are precise and must be respected. Then, Czech Republic is a nation of young people, GDP growth is at 4%, unemployment is at 4% as well, there is more space for children, public transport is fantastic, healthcare is quite good and cheap, studies are mostly free. There are many possibilities, not only about work but also for a better future. I think we (Italians) have lost this spirit, otherwise we would have solved most of our problems. In this country life is more peaceful, humane. People here have big respect for others and love nature. This city (Brno) during weekends is literally empty.

There are things you still do not understand or do not like?

Each country has different methods and traditions. You must be able to understand and learn with time certain attitudes and ways of doing: in the institutions, in the social life. CR is not different, there are things which are hard to understand, and I think they come from a strong Austro-Hungarian legacy (I confirm, but since the region I come from was a part of the Empire, I like it, ndr.). Of course, I miss our typical Mediterranean affection in human relations, but it is true that people in Czech Republic are colder yet warm up with time. Food difference can be quite a big problem for an Italian arriving here with the idea of living same like home (there are many cases).But what I really miss is: Sea, slightly warmer winter and quite longer summer (still I am from northern Italy), Mediterranean food, especially fish. The smell and the colors of italian local markets. 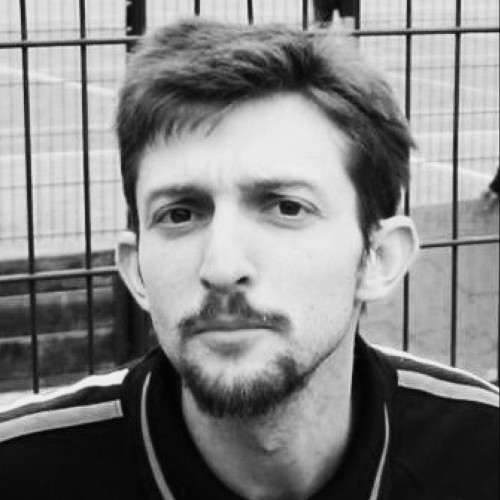